How to Break Bad Habits and Develop Good Ones

There is no question that habits are important parts of our lives. We do many things in our lives not from conscious decisions, but from habits. So understanding how habits work is essential.

For that reason, I was excited when I learned that there was a new book on this topic titled The Power of Habit by Charles Duhigg. I bought the book through Kobo and read it. As it turns out, the book covers not just personal habits, but also organizational and social habits. Here, however, I will focus only on personal habits.

There are several things I learn from the book about how to break bad habits and develop good ones. Here they are:

1. Every habit consists of three elements

The three elements are cue, routine, and reward. Together they form a habit loop. Cue is the thing that triggers you to do the habit, routine is the activity part of the habit (the thing that you want to change if it’s a bad habit), and reward is what you want to get by doing the habit. Habit loop works like this: when the cue is there, you do the routine in order to get the reward.

2. To break a bad habit, you need to identify its elements and insert a new routine

You can’t really eliminate a bad habit. Instead, you replace it with something else. To do that, you need to keep the old cue and the old reward, but insert a new routine.

Let’s say you want to stop a smoking habit. First you need to understand the elements of the habit. The routine part is easy (it’s the activity that you want to change, which is smoking in this example), so your job is to identify the cue and the reward. What is it that triggers the habit? Is it a certain time of the day, a certain emotional state, or something else? And what is it that you want to get by doing the routine? Relaxation perhaps? Identifying the cue and the reward isn’t easy, so take the time to identify them. There is a detailed example in the book of how to do this.

Once you identify the cue and the reward, you need to find a new routine that can give you a similar reward. You might need to experiment with several routines before you can find the right one for you. Then you need to make a specific plan about what you will do when the cue is there. It might seem simple, but studies show that making a plan does make a difference.

3. To develop a good habit, make a craving out of specific cue and reward

Let’s say you want to develop an exercise habit. What you need to do is choosing a specific cue (like a certain time of the day or putting your running shoes nearby) and a specific reward (like the sense of accomplishment from tracking your running miles).

But that’s not enough. You also need to make a craving out of them because craving is what drives the habit loop. You do that by choosing a reward that appeals to you and allowing yourself to anticipate it. Think about that reward and how good it will be when you get it. Over time it will become a craving and the new habit will become automatic.

4. Willpower is the most important habit for individual success

There are some good habits that can start a chain reaction; once you master one such habits, it will affect other areas of your life as well. These habits are called keystone habits. Among them, studies show that willpower is the most important one. The ability to delay gratification for something better in the future will definitely have a positive impact on many areas of your life.

These are some important ideas I learn from the book, but there are still many ideas there that I haven’t covered here. There are also stories in the book to illustrate the points it makes. All in all, I enjoyed reading the book.

But of course, the most important thing is to apply the ideas. Understanding them is one thing but actually applying them is a different thing. Building a willpower habit seems like a good start. What do you think? 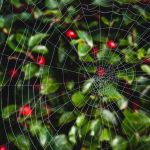 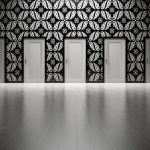