8 Reasons to Ditch Your TV

Note: This is a guest post from Noah Arobo of Noprobo.com.

As a child I was both a bookworm and a TV junkie. I remember the last thing my fourth grade teacher said to me, “Try to leave some books in the library for the other kids.” I had earned my reputation by reading more than any other student in class. Oddly, I spent most of that summer watching TV. Six hours per day in some instances.

As an adult I choose to flip pages, not channels. After four years of not watching the tube and two years of not owning one, the empirical evidence is in: My life is better without a TV. Here’s why:

Let’s do the math. According to a 2009 Nielson study, the average amount of time an American spends watching TV is around five hours per day! Five hours!

Excluding time spent sleeping, this means the average person is spending a third of their day distracted or downright comatose. By extension, this works out to more than 3.5 months (15 weeks) of nonstop TV watching each year.

If that doesn’t strike you as extreme, think of it this way: if your employer offered you 15 weeks of vacation each year in exchange for giving up TV, wouldn’t you jump at the opportunity?

Admittedly, you may be spending less time per day in front of the set. I currently live in Switzerland where the average daily viewing time is closer to three hours. Yet, even at these smaller figures, television still accounts for mammoth amounts of time wasted each year.

Syndicated shows are played ad nauseum. At one point I was able to recount my favourite episode of the Simpsons verbatim. By watching these repeats you don’t even get to hear a unique joke or learn something new. TV reruns are quintessential time wasters, not only are you vegging out, you’re also not taking in anything novel.

3. TV news is a poor way to be informed

TV news justly receives much criticism. It has followed the path of professional wrestling: once genuine, yet now mostly for entertainment. Getting news from a rolling ticker or a talking head is like going to a restaurant and waiting patiently to be served whenever the staff gets around to it. News should be ready on demand. With the internet it is. With TV, you wait. If they have a story about a kitten caught in a tree, you endure it, lest you miss a minute of something that is actually relevant to you.

In truth, any news worthy of knowing will find its way to you through others. Let someone else waste their own time filtering out the kitten stories.

4. TV hinders the development of relationships

Time spent watching TV is time you’re not enjoying quality experiences with friends and family. Instead of tube time, try something new and out of the ordinary with the people in your life. Play billiards. Fly a kite. Or just talk to each other.

Basic channels, premium channels, video on demand, DVRs, and TVs themselves are all costs you can live without. Many of these are also the worst kind of expenses; ongoing ones, not to mention the periodic high-priced equipment upgrades. In my homeland of Canada, the typical cost of cable service alone adds up to enough for a week-long, all-inclusive Caribbean vacation every year.

6. TV has too many commercials

The average 30 minute slot of television programming has 8-9 minutes of commercials. Based on our earlier calculations, this can work out to more than a month each year spent watching advertisements. Books have no advertisements. Even ads on the internet can quickly be ignored if they’re of no relevance. TV ads, in contrast, are time wasters that are forced upon you.

You might think, “I couldn’t possibly quit watching [insert favourite show]”. Firstly, you don’t need to. There are alternatives, including downloading the show or watching it on DVD, both of which offer stop/play control with no commercial interruptions. Secondly, it’s really not that hard to give up a show. They’re not like nicotine. There’s no chemical dependence. Sure you might get disappointed the first time you’re left out of a watercooler conversation about last night’s episode, but you can offset this disappointment by telling people about how you learnt to hang glide instead. I’ve liked a lot of TV shows but I’ve never seen one that wasn’t completely disposable at any given minute.

8. TVs are the last non-portable relic

For the most part we’ve managed to make our technology mobile. Internet and phone services are available almost everywhere. TVs, in contrast, are like the coil-corded phones of yesteryear, keeping people cooped up indoors, glued to the couch. A stationary TV sets encourages a sedentary lifestyle that seldom serves us well.

Now, don’t get me wrong. I value entertainment and relaxation as much as the next person. There are shows I download and watch regularly, summing up to perhaps four hours per week. The truth is once you target a few specific shows and cut out commercials, there’s really not that much to watch.

So save time, learn something new, try something different, build your relationships, and for your own sake, turn off the TV.

Noah Arobo explores how to be fit, happy and successful at Noprobo.com. Recently he challenged himself to break a longtime habit whilst packing on the sexy.

How to Live a Balanced Life

How to Optimize Your Day: Tactics From Chess

What Is Your One Habit in the New Year?

5 Essential Ways to Save Time

Ask the Readers: What Are Your Best Time-Saving Tips? 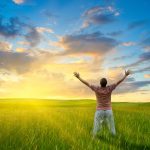 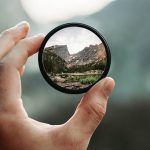 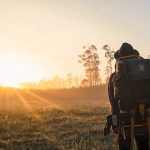 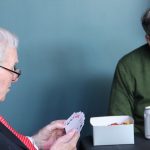 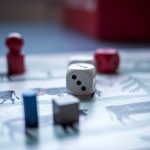